Lensmen were at the the new exhibition by John Behan to photograph the opening with president Michael D Higgins. John Behan has been a major name in the Irish art scene for several decades and his work can be seen in many different countries. We were delighted to be one of the first to see these beautiful pieces of work on display. See more of  photography work on our portfolio page. 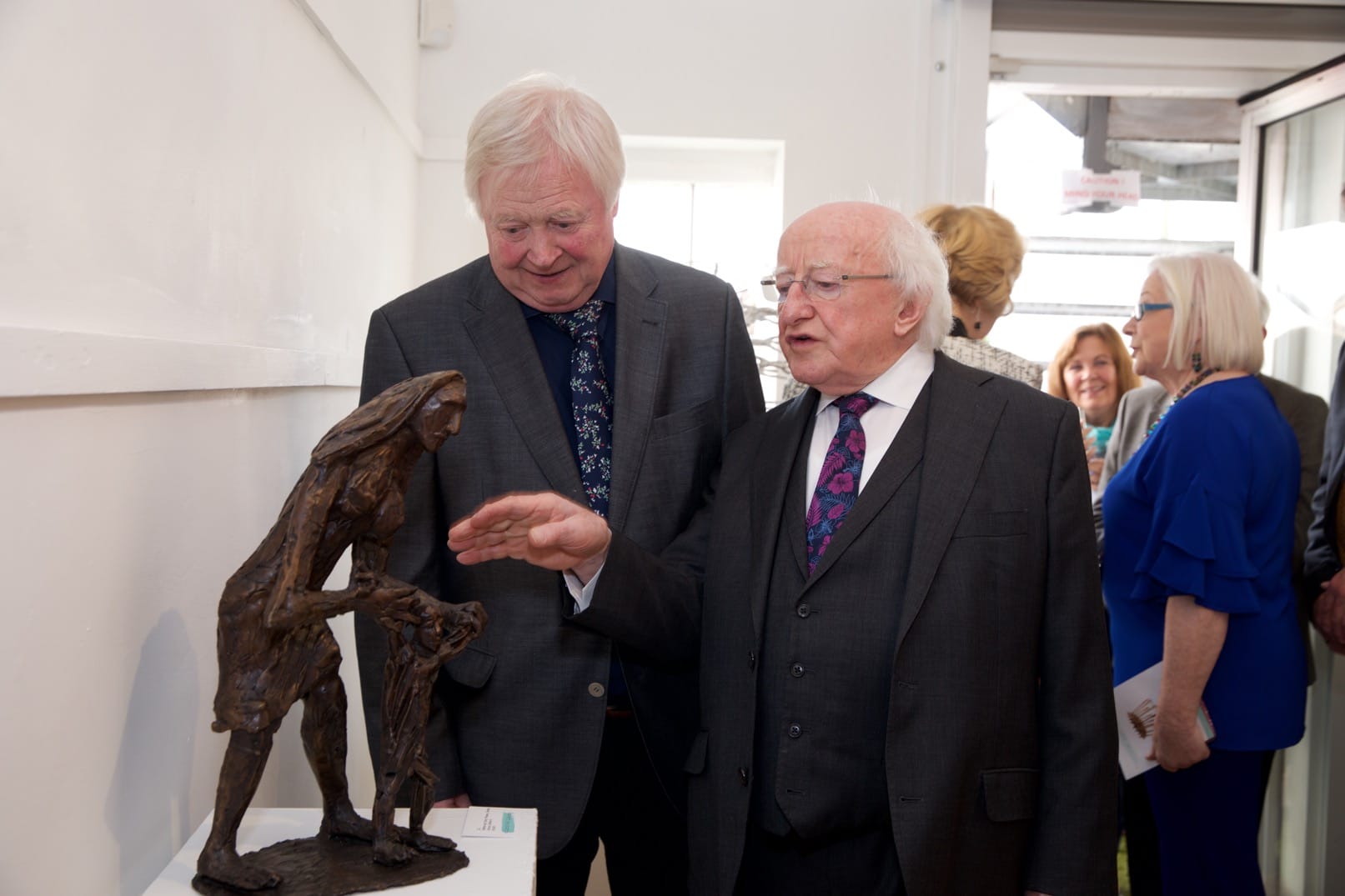 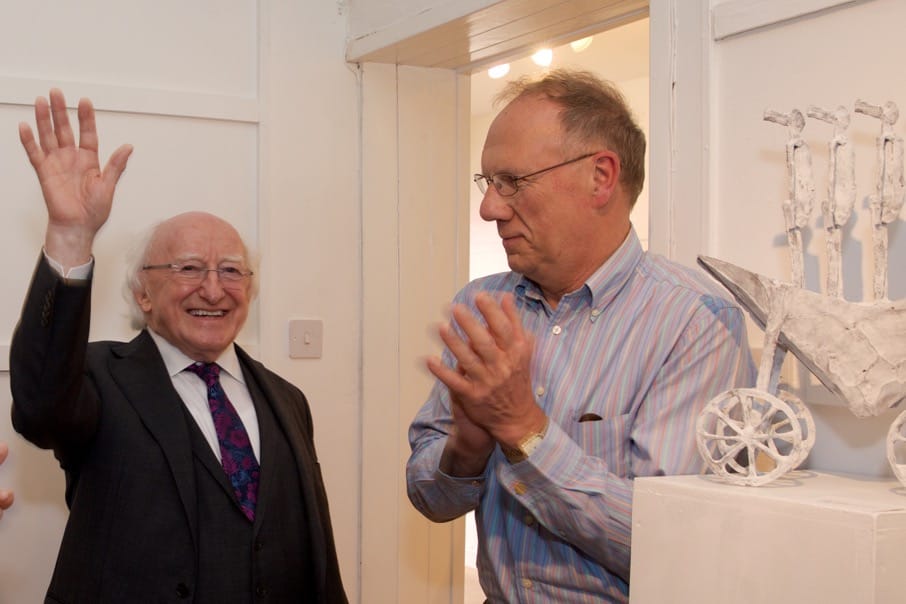 Kildare based Art Gallery saw the official opening of an exhibition of bronzes by John Behan RHA by President of Ireland Michael D Higgins and Sabina Higgins on Saturday.

This exhibition of bronzes is a reflection on the sculptor’s output over the last 50 years and in his 81st year, it reflects on the themes of displacement of people and emigration that have concerned John throughout his life as a sculptor.

The exhibition will continue Wednesday to Saturday 11am to 4pm, until 14th June.

John Behan is a painter and sculptor and a figure of great significance in Irish art and firmly established as a sculptor of international stature.

John has been working on refugee and migrant themes for many years. The significant bronze ‘Arrival’ the Famine Ship stands seven metres tall outside the UN HQ in New York, USA. John’s immediate concerns are about the relationships between the Irish Famine of 1845-1852 and the parallel crisis of Syria and North Africa of today.

John travelled to Greece to volunteer with Project Elea in the Eleonas Refugee Camp in Athens.  Subsequently delivering an art workshop with teenage refugees.

The exhibition will include John’s iconic bronzes of the Bull as a phenomena in Irish society and recent bronzes made in response to his visit to the Refugee Camp in Greece and Famine ships and oar boats which have their origin in the ‘Broighter Boat of Derry (1896)’.  The ships and boats symbolizing the journey of life which we all share.

John Behan’s artist’s statement says: “This present exhibition is a reflection and summary of my recent output as a sculptor. The exhibition reflects on the themes that have concerned me throughout my life as a sculptor, that is, my interest in the Bull as a phenomena in society along with Famine ships and oar boats.  The oar boats having their origin in the ‘Broighter Boat of Derry’. The ships and boats symbolize the journey of life which we all share. I hope that my artistic concerns communicate with the public and with art lovers everywhere”

John Behan’s works are in public collections across Ireland which include the Hugh Lane Gallery, the National Gallery of Ireland, the Arts Council, the Crawford Art Gallery and Trinity College Dublin and are represented in many private collections including that of Mary McAleese, Mary Robinson, Queen Beatrix of the Netherlands and Bill and Hillary Clinton and in the private collections of writers Tom Kilroy, Tom Murphy, Seamus Heaney, Edna O’Brien, Gerry Dawe, and Brian Friel.

John Behan is a painter and sculptor and a figure of great significance in Irish art and firmly established as a sculptor of international stature. Now living and working near Galway, he is perhaps best known for his bull sculptures, drawn from the rich symbolism of Irish myths, including the Táin legend.  John travelled to Greece to volunteer with Project Elea in the Eleonas Refugee Camp in Athens.  Subsequently delivering an art workshop with teenage refugees. Some of the bronze sculptures in this exhibition reflect on his stay in the Refugee Camps.

Behan’s style is still evolving and growing. In a general sense he can be credited with playing a major part in the development of sculpture in Ireland over the last 50 years.

Kilcock Art Gallery was established in 1978 by Breda Smyth and opened by the Belfast artist the late George Campbell RHA. Images of all the Bronze sculptures and further information about the exhibition can be found at: www.kilcockartgallery.ie

Lensmen is Celebrating 67 Years this month