Lensmen were photographing at the Abseil in Croke Park recently which was run by the Charity, Plan International Ireland, when a family of five arrived from Collins Building & Steeplejacks, a company in Co. Clare. Only the 3 daughters had booked for the event. However, on seeing them harnessed with the 85 other participants the mother Dr Angela Collins O’Mahony, Ireland’s first female steeplejack, aged 75 and retired, and who had not climbed for almost thirty years but experiencing the great welcome and buzz of excitement was sorry she had come in a dress. Seeing her predicament, our own Susan Kennedy offered Angelaher jackets and she changed and expressed sheer delight in joining her daughters, Hilda, who is a classical violinist, Martina, a solicitor and Susan who runs the family business with her brother John. Angela’s husband John just watched from the side line as it was for girls only.

Angela’s own comments to us about the day was that it has changed her life. She told us she was a retired grandmother and was resigned to being old and tired but on seeing the enthusiasm and the friendliness, courtesy of all in Plan International Ireland she decided  after completing the Abseil that she is going to do more of it and organise some down in Limerick and Clare for the Charity as funds are badly needed.

Angela worked as a steeplejack since she was 17 years old and had her own Collins Steeplejacks business, where she climbed most chimneys and churches in Ireland including the ESB station in Ringsend and has been awarded many notable awards. She found the event at Croke Park exhilarating and fun and took her out of retirement. 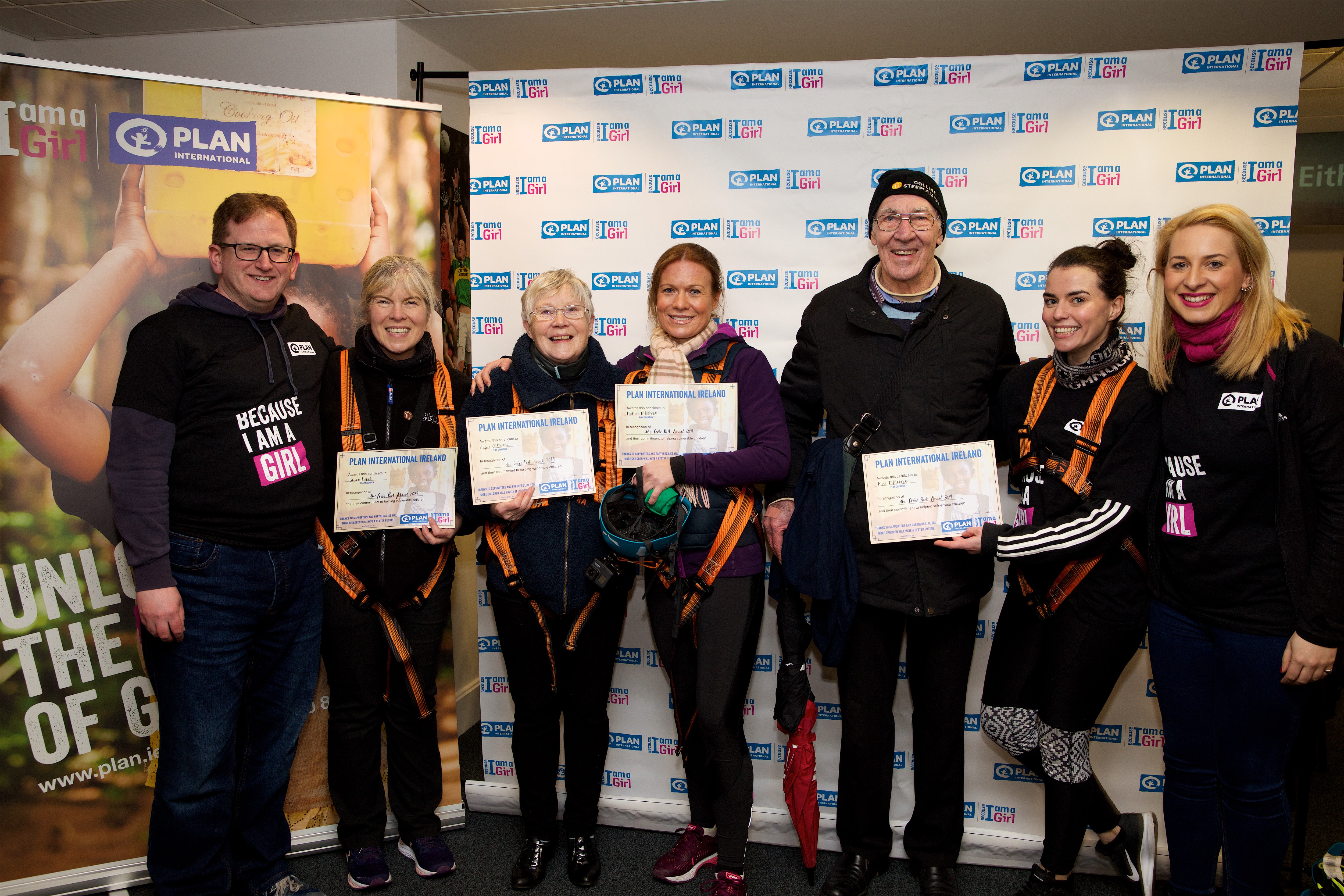 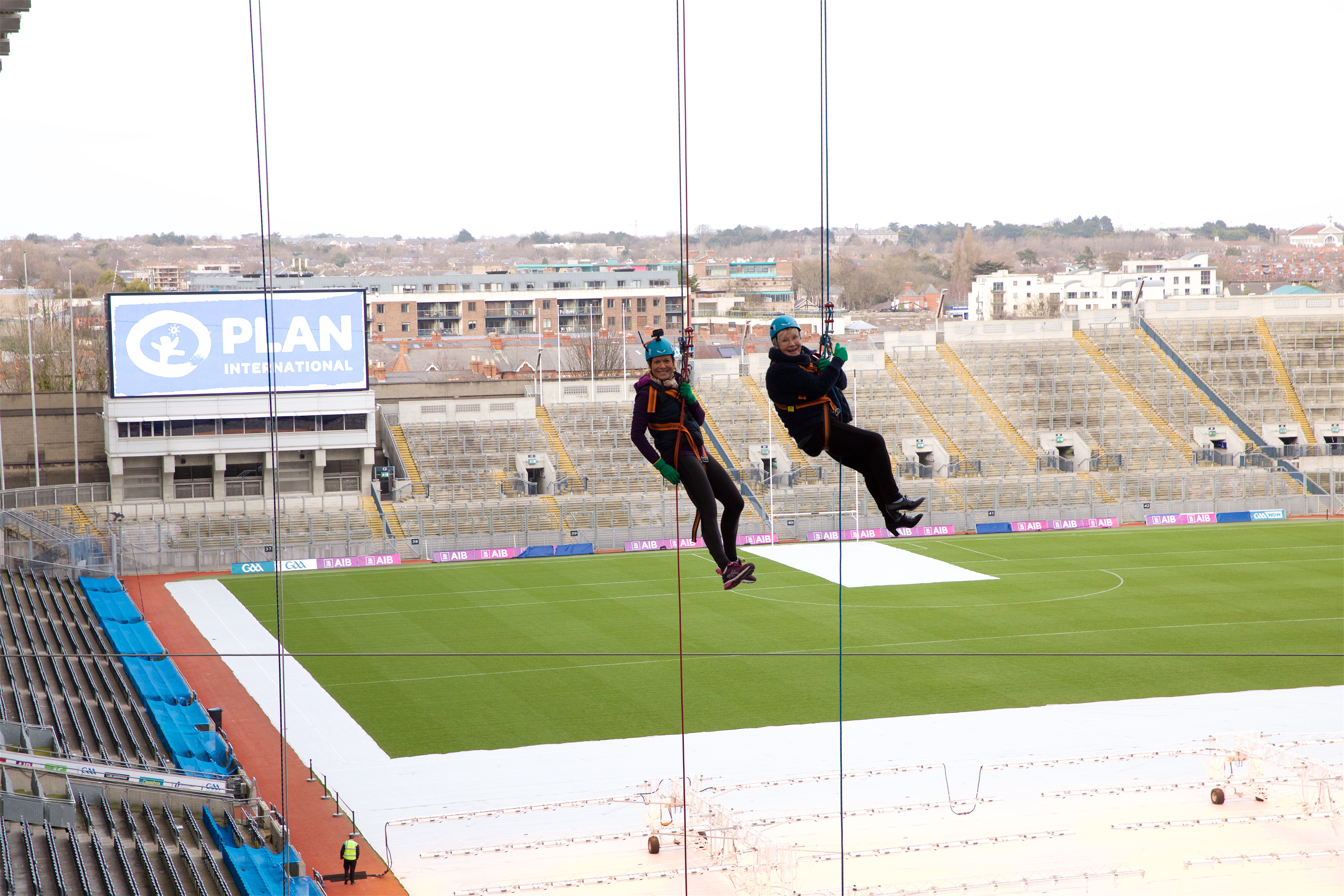 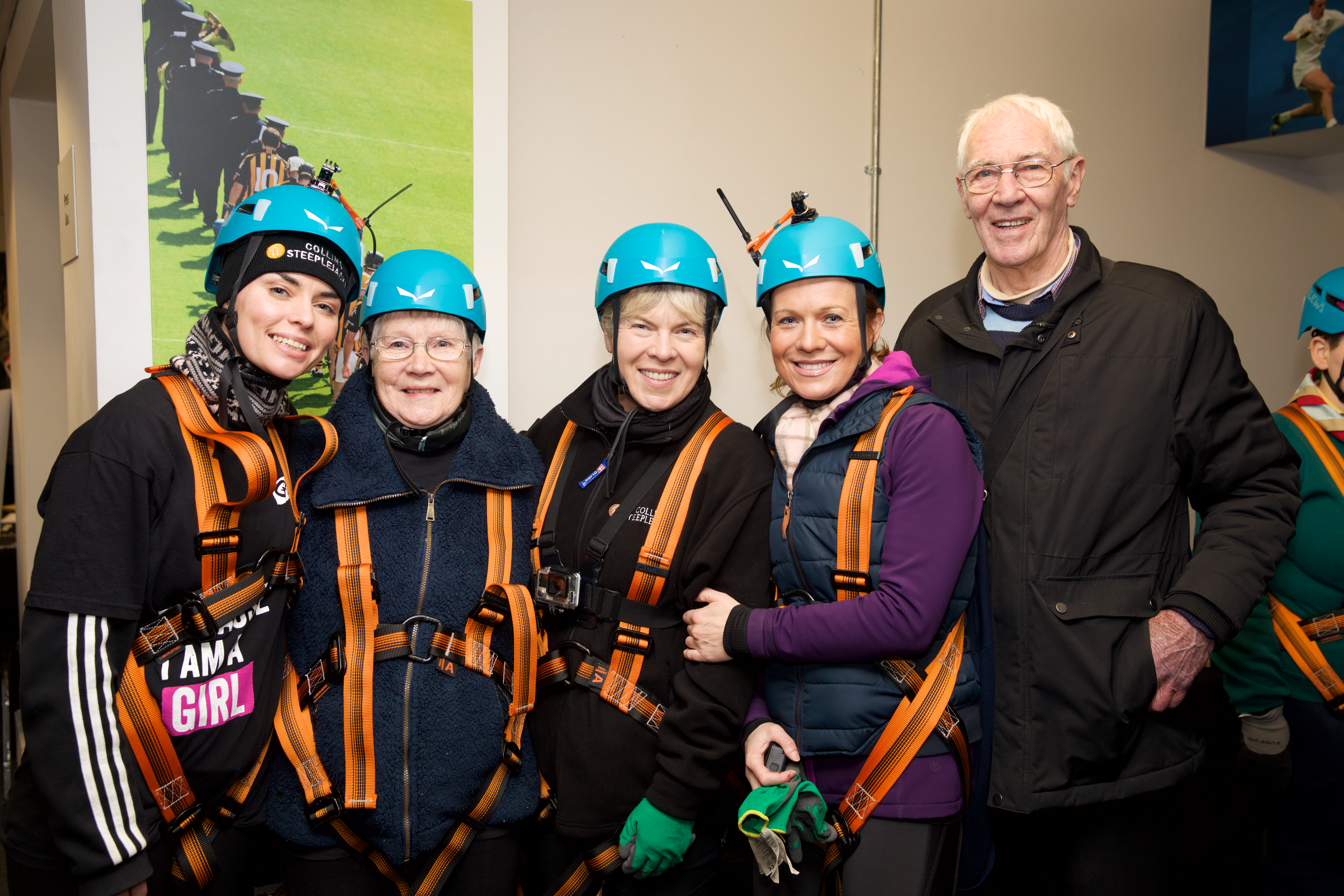 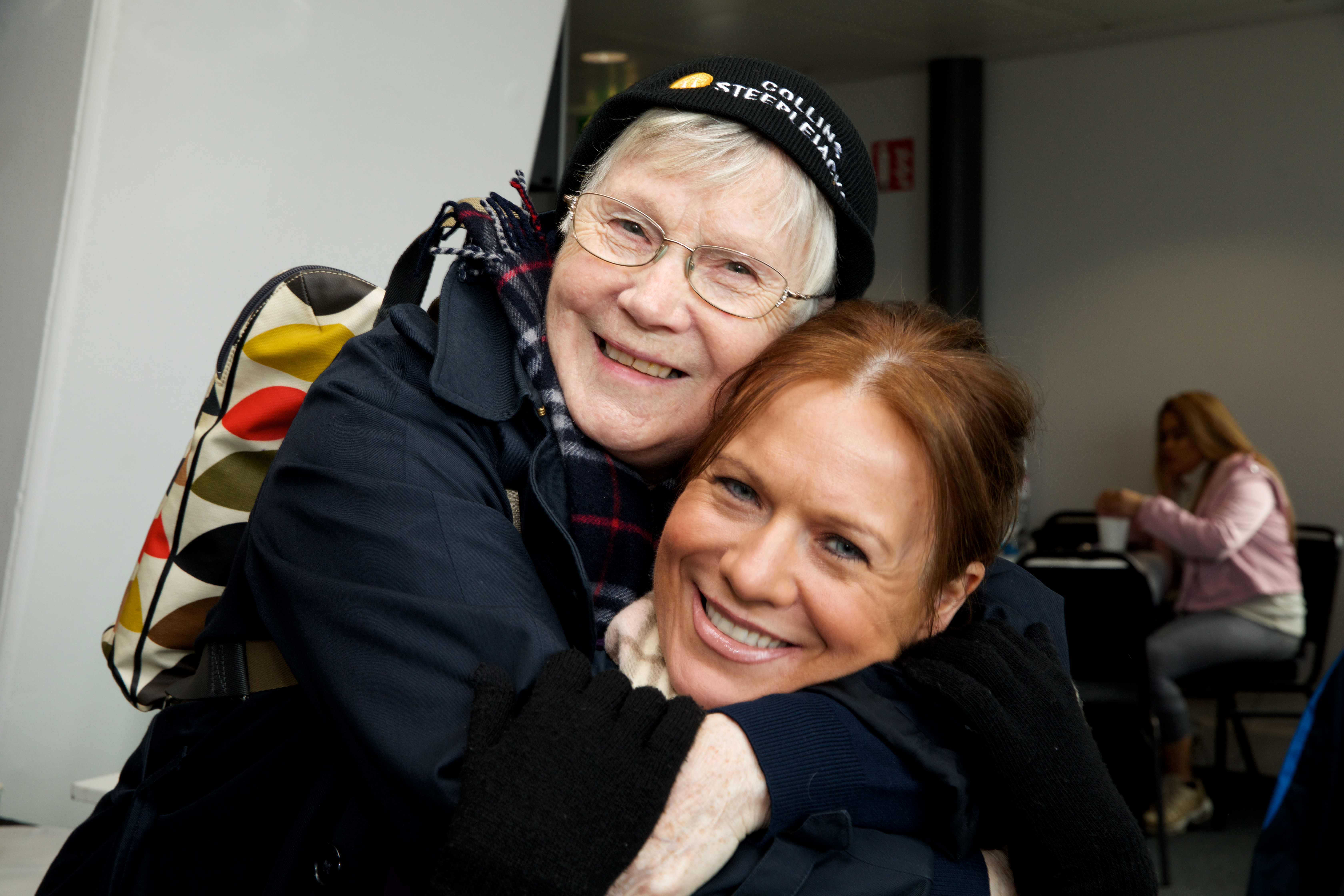 Plan International collected 30000 in one hour from this Abseil! Check out our video form the ladies GoPro Cameras attached during the abseil.